Nitrogen: the Essential Macro-Element for Growth

RAW Nitrogen contains 20% ammonium nitrogen (N) in a water soluble form. Containing no nitrates or urea which  it to be applied at all stages of growth and bloom. Plants take up two forms of nitrogen: nitrate N and ammonium N. Raw Nitrogen is ammonium nitrogen only. It can also be use as a foliar feed and during bloom, unlike nitrate N

Nitrogen is an essential macro-element for plant growth, used in relatively large quantities by the plant. 80% of the nitrogen needed for its entire growth cycle if assimilated in the first half. Therefore, most high-quality hydroponic grow formulas have a relatively high nitrogen: potassium ratio (N :K) compared to a bloom formula.

A typical N:K ratio for a vegetative growth nutrient is about 1 :1.5 – about one and a half times more potassium than nitrogen. The N:K ratio for a typical fruiting and flowering formula is usually about 1 :2 – about twice as much potassium as nitrogen.

Don’t add too much Nitrate

Many growers unknowingly over-fertilise with nitrogen, especially nitrate-N. Nitrate-N is a “luxury” element. In other words, if you give your plants extra nitrate, the plant will take it up, whether the plant needs it or not. Over 30% of the energy of photosynthesis burns just to take up nitrates.

Add too much nitrate nitrogen and the plant will burn up its energy reserves for more top growth, and root growth is inhibited. The plants may look lush and dark green, but the plant will be weakened.

Plants supplied with excess nitrates will produce large cells with thin cell walls, making them more susceptible to stress and disease, and excessive nitrates can delay or even prevent flowering. Stored nitrates in plant tissues also give rise to off-flavours, and are generally considered unhealthy. In fact, in Europe if nitrate levels are too high in the plant tissue, the produce will lose its organic certification , even if all-natural fertilisers are used.

On the other hand, it is also very important to avoid a nitrogen deficiency. Nitrogen deficiency shows up as a general chlorosis (or yellowing) of the plant leaves. A little ammonium-nitrogen is a quick fix. Plants will take up the ammonium ions immediately, without accumulating excess nitrates in the process.

You can also use Ammonium nitrogen as a light foliar feed to quickly green up the plant. Professional growers manipulate the ammonium:nitrate ratios of the nutrient solution to maximise quality and yield. For example, a “hard water” nutrient formula will have a higher ammonium to nitrate ratio to help stabilise pH. The ammonium ion has a positive charge. So as the plant takes up ammonium ions, it exchanges positively-charged H+ ions from the roots. This tends to neutralise excess bicarbonate ions in well water and help drive the pH down.

On the other hand, the nitrate ion has a negative charge. So as the plant takes up nitrates, it exudes negatively-charged bicarbonate or OH- ions from the roots, tending to drive the pH up. Therefore, increasing the ammonium to nitrate ratio can help stabilise pH problems in well water.

Unlike nitrate nitrogen, ammonium nitrogen is assimilated directly by the roots for immediate use by the plant, without burning up excess carbohydrates in the process. Under high light and C02 conditions, extra ammonium ions can be very beneficial.

Supplementing carbon dioxide to levels above 750 ppm, will allow plants will preferentially take up carbon molecules over nitrate-N, limiting protein production. Supply more of the nitrogen in the ammonium form, however, and the plant utilises it directly to increase protein production under high C02 and light conditions.

Be the first to review “RAW Nitrogen” Cancel reply 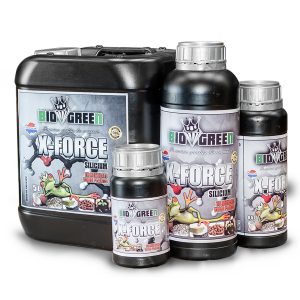 X Force promotes as a significant measure the growth and firmness of the plant, improves the abs… 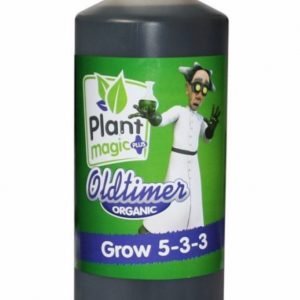 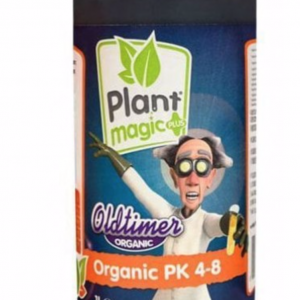 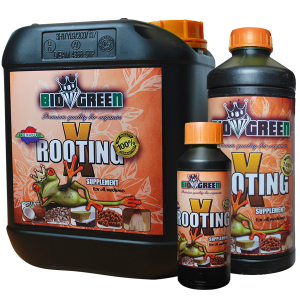